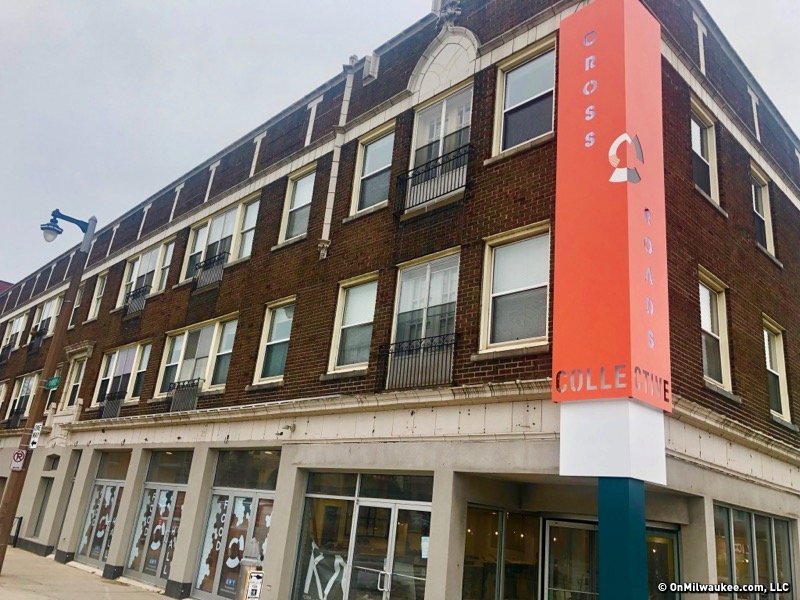 You can read the full article from On Milwaukee here

The fate of many restaurants ends after the first year – in fact, 60 percent of all restaurants close before their anniversary date. Crossroads Collective, Milwaukee's only food hall on the East Side, beat the odds and now looks forward to its second year with original vendors, new vendors and a fresh approach to crushing customer cravings.

"At Crossroads Collective, we celebrate culinary artistry with the community we embrace, while at the same time striving to elevate Milwaukee on the national food scene," says Tim Gokhman, director at Milwaukee-based developer New Land Enterprises.

Juana Taco will soon bring authentic Mexican options to Crossroads, with owners Gregory Kiekcbusch, Frank Sandino and Head Chef Enrique Morales of Mangos Cafe on Van Buren and Brady Street planning to open the new taco concept in mid-December. The menu will include about a dozen different tacos including all-day breakfast tacos and vegetarian/vegan options. It will also showcase their homemade guacamole, elote, horchata, rice, beans and kid-friendly options.

"We are excited to join Crossroads. We believe in the vision, the neighborhood and, most important, the taste of authentic Mexican tacos," says Sandino.

Heaven's Table BBQ and Scratch ice cream have extended their terms at the Collective. "Both concepts have been fan favorites since opening," says Gokhman.

Thus, there is currently one stall available and Crossroads Collective is seeking a new vendor. Crossroads is comprised of eight local owners who only create made-from-scratch meals. In addition to the restaurant vendors, the food hall also features a full-service bar, coffee program and hidden speakeasy.

According to Gokhman, other changes in 2020 could include more collaboration between vendors, the addition of brunch and The Pharmacy – Crossroads' aptly named bar – expanding their weekend evening hours.

"We have learned a ton from our first year. We did a lot of things right. Some adjustments have been made, like added signage and a coffee bar, and we will continue to evolve focusing on the things that work," says Gokhman. "I'm extremely excited for the second year."