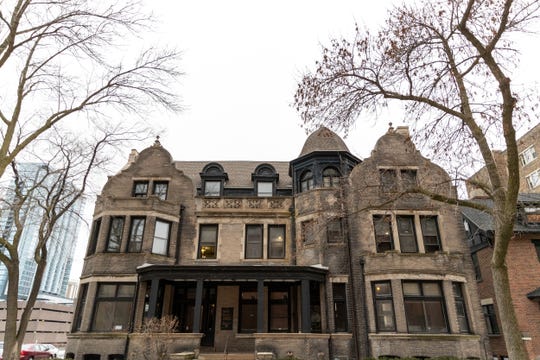 Dozens of restaurants are preparing to open in the Milwaukee area. Here's a look.

To read the full article from Milwaukee Journal Sentinel here.

The entrance to the dining room at the late Divino, which will become Tavolino, at 2315 N. Murray Ave. (Photo: Milwaukee Journal Sentinel files)

The restaurant by chef Derek Nackers (formerly of Sheridan's, Mistral and Tenuta's) and Peter Dietrich (general manager of Rare steakhouse) will serve house-made pasta and pork ragu among its dishes. Customers still will be able to dine on pizza as they did at Divino, Tavolino's predecessor.

Snack Boys, the Walker's Point bar that serves snacks with fine-dining flair, is moving to a larger space on the east side, into what used to be the Hotel Foster — more seating, but also a bigger kitchen that will give chef Mitch Ciohon more freedom.

The Horned Hare will operate in a boutique hotel called the Dubbel Dutch, opening at 817-819 N. Marshall St., in a building that's on the National Register of Historic Places. (Photo: Dubbel Dutch, Nick Argires)

The team behind Snack Boys restaurant will open the Horned Hare, something of an ode to Milwaukee's European settlers. Expect craft cocktails, European beers and dishes from chef Mitch Ciohon that incorporate ingredients such as smoked fish, Wisconsin produce and rabbit.

The east side location is the first freestanding store for the fried-chicken chain, based in Appleton. The counter-service restaurant sells fried chicken meals, sandwiches, wraps and salads for lunch and dinner daily. Other Wisconsin locations include Mayfair Mall in Wauwatosa and Southridge Mall in Greendale.