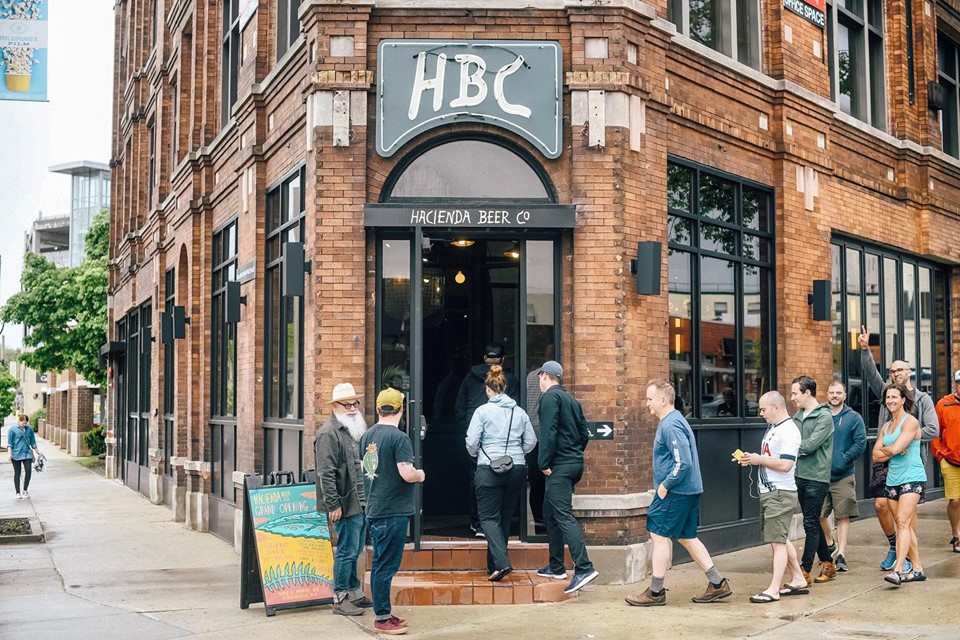 The North Avenue renaissance continues. The street's latest addition is Hacienda Beer Co., which opened on June 1 at 2018 E. North Ave., right across the street from the new Crossroads Collective Food Hall.

Hacienda is the modern, experimental beer arm of Door County Brewing. It's a taproom and restaurant with 12 beers on draft as well as bottles and cans to go. The menu includes baked cheese curds, beer cheese fries, duck confit empanadas and salads. We also preview the space's upcoming beer dinnerFriday, June 14.

Speaking of fries, we've noticed a trend of loaded fries on local menus. Ann shares her recommendations for some of the city's most interesting ones, including Fuel Café's nacho fries and Glass and Griddle's disco fries.

Then Ann recommends places to cool off with some creamy treats, which include Scratch Ice Cream at the Crossroads Collective, and we both sing the praises of salted caramel.

We close the show by talking about the health-conscious menu at The Dock at Bradford Beach and by previewing the June 23 Dim Sum + Give Some benefit organized by DanDan chefs Dan Van Rite and Dan Jacobs.