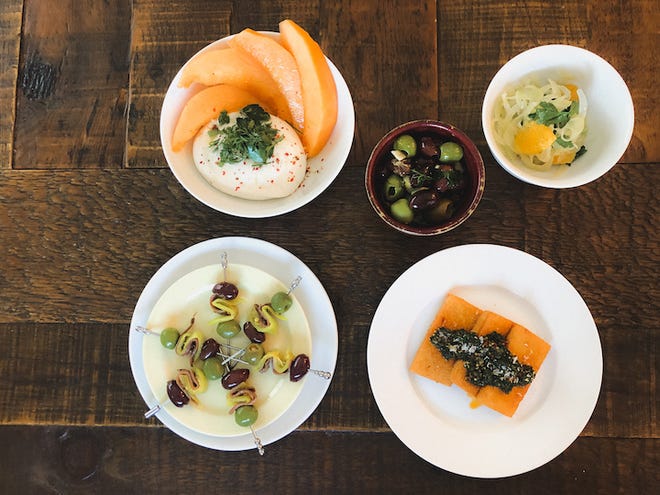 The pandemic put a stop to a lot of things, but it also provided the start to Mina, the newest Crossroads Collective vendor, which is making its debut Wednesday.

It's owned and operated by the husband-and-wife team of Ryan Hoffman and Patrice Gentile. Hoffman had been working as sous chef at Balzac Wine Bar when the coronavirus hit.

With Balzac closed for a time, Hoffman began cooking at home with Gentile, preparing plates that people could pick up. The dishes became so popular, they decided to open Mina — named for the 1960s Italian pop singer Mina Mazzini, known for doing her own thing, Hoffman said. 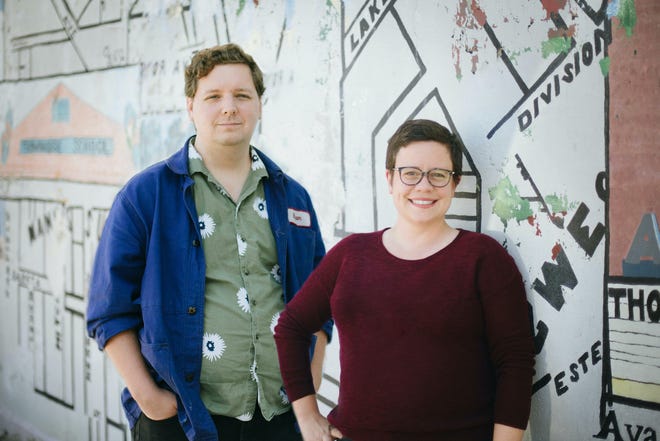 But the dishes go beyond Italy, largely taking flavors and ingredients from other countries on the Mediterranean Sea.

Hoffman plans to add a few items to the menu, then swap out a dish or two weekly as the growing season progresses.

The opening menu will include pintxos, Basque-style bites. Sized for one, they're designed for diners — maybe from separate households — who'd rather not share during the pandemic.  The pintxos include the Gilda ($1), a skewered olive, anchovy and pepper, and panelle ($3), chickpea fritters with parsley-chile pesto.

Mina also will serve toasts with toppings such as bagna cauda ricotta (anchovy and garlic melted into olive oil and butter, then folded into whipped ricotta, $7) and pommes aligot (warm potato and Gruyere fondue with cornichons and dijon, $7).

And it will have plates including a salad of shaved fennel, orange and parsley ($7), manila clams steamed in cider with chorizo, served with frites ($13) and Greek-style lamb ragu over creamy polenta ($12). 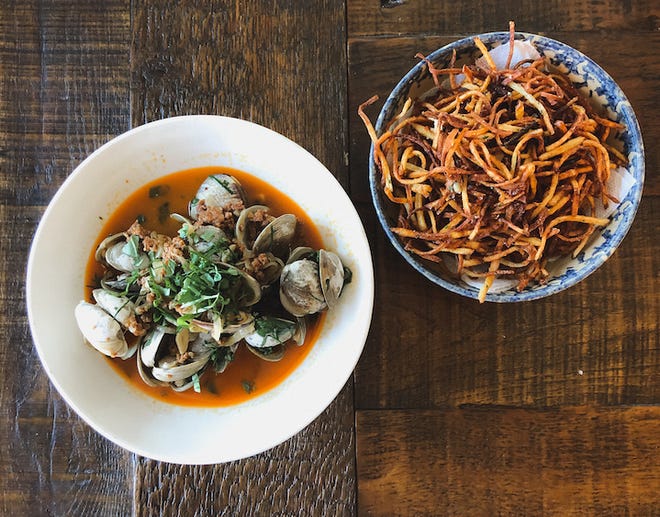 Mina is in the stall previously occupied by Raw Bar at Crossroads Collective, near the front of the food hall.

But diners can order from their table or from home.

Crossroads Collective, 2238 N. Farwell Ave., recently reopened its dining room and patio and still provides curbside pickup for carryout. Orders can be made digitally. Each table has a QR code that diners scan with their smart phones to order and pay; takeout customers order online at the food hall's website, crossroadscollectivemke.com.