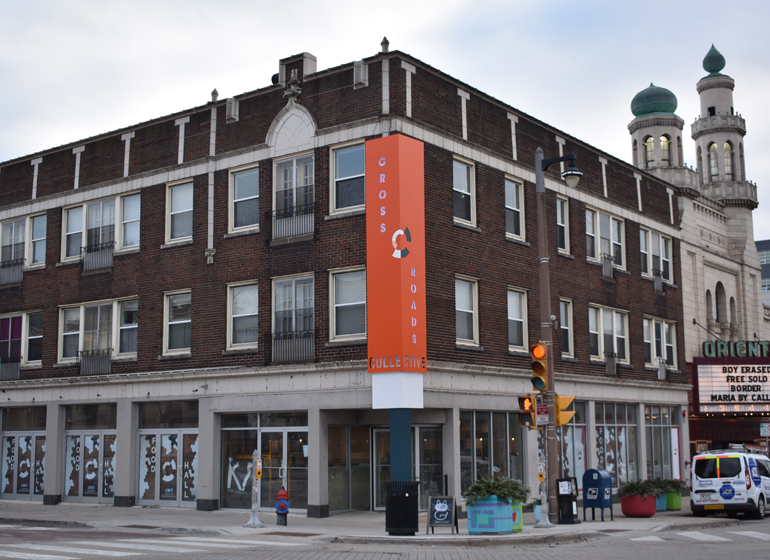 You can read the full article from BizTimes here

Thum, a concept specializing in Lao cuisine, opened Wednesday for carryout and delivery service at Crossroads Collective as the East Side food hall’s newest vendor.

Owner and chef Darlene Vanmanivong has signed a four-month lease, joining six other local operators who have opened flagship or secondary locations at the 7,000-square-foot space, which opened in 2018 at 2238 N. Farwell Ave. in Milwaukee.

Vendors have been limited to curbside pick-up and deliver service through the food hall’s online ordering platform since mid-March due to the ongoing COVID-19 pandemic. Restaurant dining rooms in the city of Milwaukee remain closed indefinitely under local stay-at-home restrictions.

“The flavors in Lao dishes are great for summertime,” said Vanmanivong. “Laos is a jungle country, so we use lots of fresh ingredients like lime, lemongrass, ginger, mint, Thai basil, and cilantro.”

The new vendor isn’t the first time Crossroads has brought Lao cuisine into the mix. In March, the food hall hosted a popular weekend pop-up serving Lao favorites such as green papaya salad, barbecue and jerky.

Vanmanivong was the sous chef for the pop-up concept, known as Sap Sap, and saw the potential for long term operations at Crossroads, according to a news release.

“It’s exciting to bring this new cuisine to the East Side,” said Tim Gokhman, director of Milwaukee-based New Land Enterprises, which owns the food hall. “We don’t have many Lao restaurants in Milwaukee, and I know people are excited to add some new flavors to their takeout rotation.”

It appears there are only a couple of nearby restaurants that focus on Lao food, including the Vientiane Noodle Shop on West National Avenue and EE-Sane Thai-Lao Cusine on North Farwell Avenue.