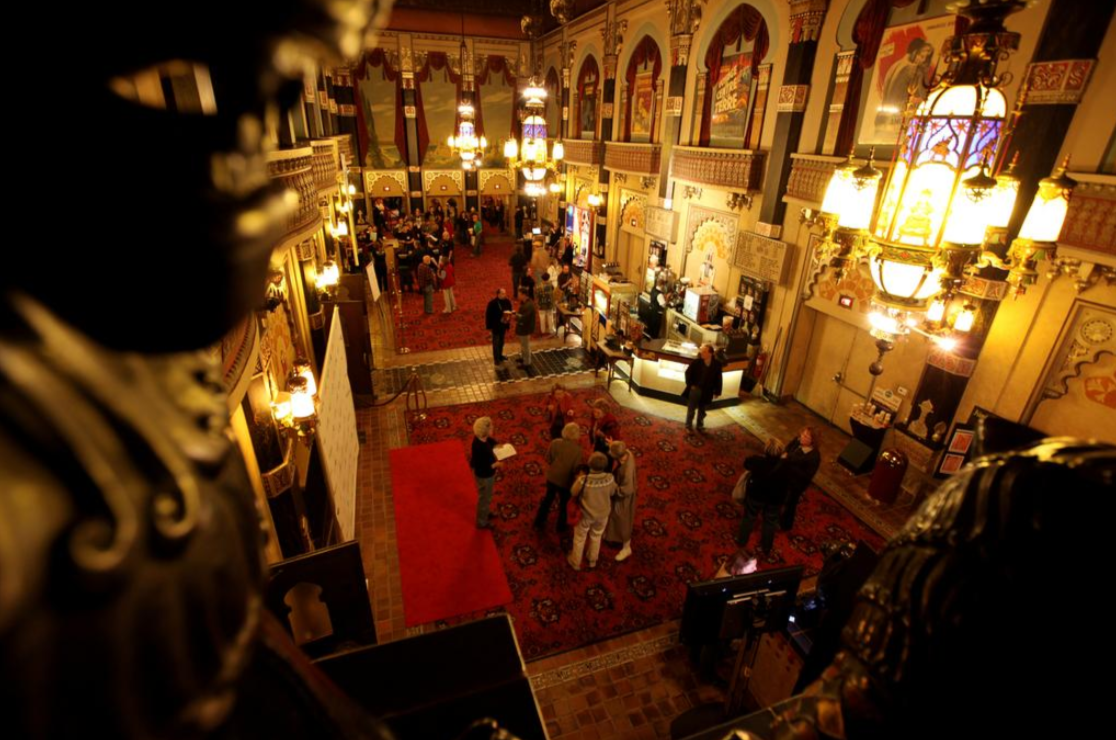 Oriental Theatre plans to remain closed into this fall

The Oriental Theatre, home to the annual Milwaukee Film Festival, said Tuesday it will remain closed into the fall. Milwaukee Film, the nonprofit organization that operates the theater, said the organization plans to complete extensive renovations to the main and east theaters over the summer months.

The Oriental Theatre, at 2230 N. Farwell Ave. on the city's east side, temporarily closed its doors in mid-March as the impacts of Covid-19 began to be felt in Milwaukee.

“Thanks to the generosity of more than 900 contributors, Milwaukee Film has donor-designated funds for restoring the Oriental Theatre,” Milwaukee Film CEO and artistic director Jonathan Jackson said in a press release. “By accepting those funds and by signing a decades-long lease to operate the theater, we took on the role of stewards of this historic cinema palace."

The restorative work includes replacement of seats and carpeting, improving sightlines and sound quality and restoring plaster on the ceiling and the walls. Milwaukee Film also will begin the installation of the 1925 Wurlitzer theater organ, which the nonprofit previously secured for the Oriental Theatre.

“Our operations have been highly disrupted by the coronavirus pandemic, which has created significant uncertainty over when we’ll be able to safely open our doors again to large crowds,” Jackson added. “We are, however, able to safely embark on several long-planned restoration projects that, if not done now, would require future shutdown of the cinema."

Milwaukee Film expects the restoration work to continue into the fall. The work being done is similar to what had previously been completed in the west house in 2019.

“The Oriental Theatre has long been a gathering space for Milwaukee to participate in the arts, and Milwaukee Film is helping to ensure it will be part of our community for generations,” Patti Keating Kahn, board chair for Milwaukee Film, said in the press release. “Going forward with this work now is an important decision, and as we’ve reached out to our major donors, they’ve been extremely supportive that this is the perfect time for restoration to ensure we’re ready when it’s safe to bring film back to a packed house.”

With the recent announcement, Milwaukee Film canceled its previously rescheduled showings of "Cats." These originally were scheduled for March and moved to August.

The Milwaukee Film Festival is slated to occur Oct. 15-29. Jackson previously said the likelihood of holding a full 15-day, in-person event with normal attendance numbers is exceedingly low with the impact of the Covid-19 pandemic.