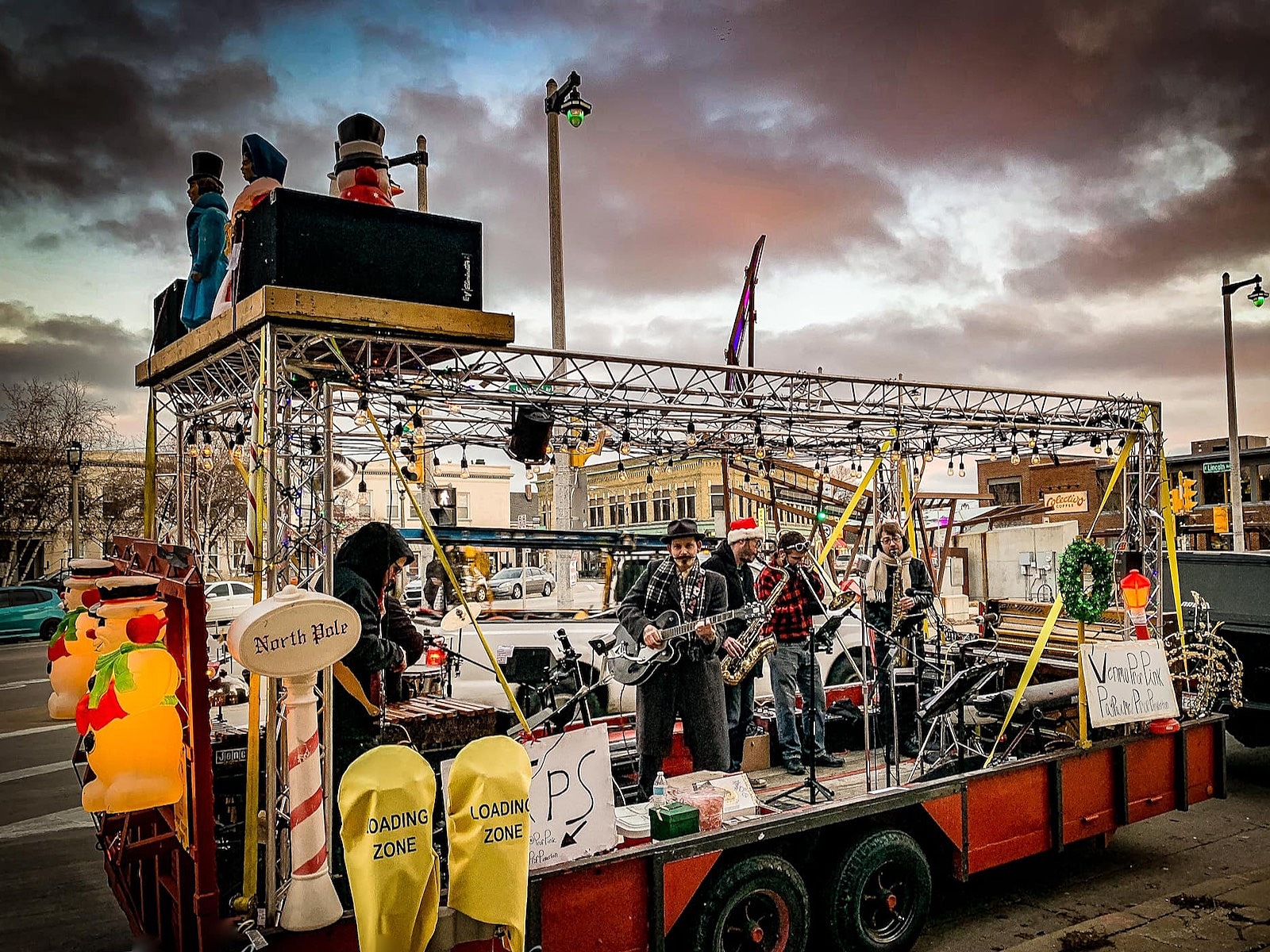 Holiday cheer is in the air. And more is on the way.

Head to the East Side on Friday, Dec. 18 and you’ll catch a glimpse of some of musical magic thanks to the appearance of Professor Pinkerton’s Christmas Caravan, which will be making its way through the East Side and Downer Avenue Business Improvement Districts beginning at 4 p.m.

Professor Pinkerton Xyloma, known to many Milwaukeeans for his Dead Man’s Carnival, has assembled his Irrelevant Orchestra for several nights of merriment throughout our city. The crew has been bringing bouts of impromptu joy to neighborhoods across the city since Dec. 4, and on Friday, the East Side will be able to view the entertainers from their spectacular seasonal themed mobile stage.

The Caravan will start at Thermo Fisher at 4pm, and travel throughout the east side for two to three hours, making short stops for people to enjoy the holiday music and decked out trailer (specific stops are still being finalized, but will be listed on the event’s Facebook page when solidified).

“We’re doing what we’re doing because we believe hope is for everyone, not a luxury item,” says Pinkerton. “We have been donating our time and talent with the belief that by paying it forward we can inspire others to do what they can to help the community through this exceptionally difficult time.”

During a year when so many artists, musicians, and performers have gone without work, the two collaborating neighborhood BIDs have pooled resources with others, including Thermo Fisher, Scott Norris Photography, and Jen Norris and Jim Schleif of Shorewest Realtors, to offer the musicians a stipend for bringing their talents to the neighborhood.

The roving musical event is open to everyone. Attendees who come out to catch the performances are asked to wear masks and maintain proper social distancing (remaining at least 6 feet apart from people not in their household) for the safety of all involved.