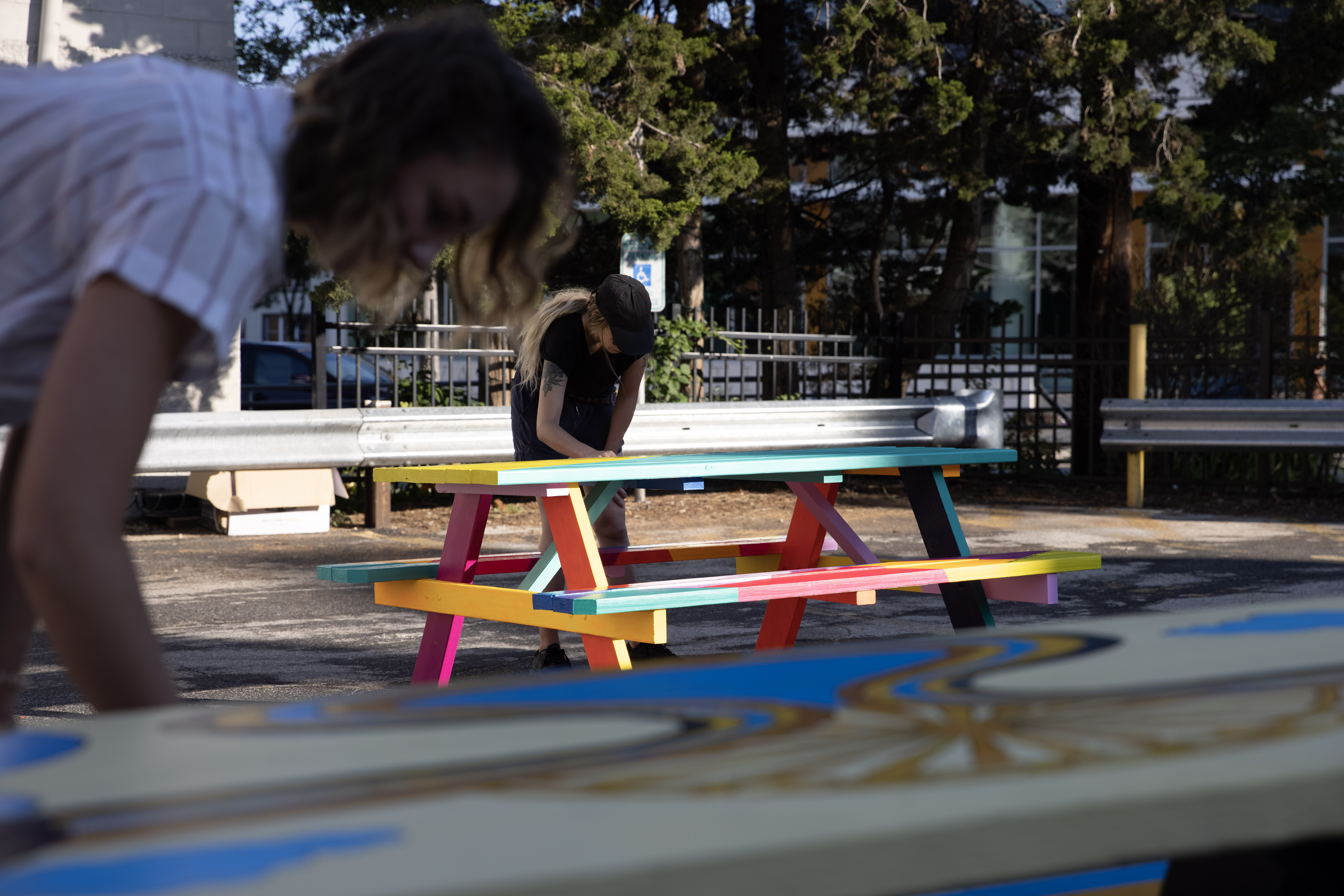 The Award-Winning East Side Art Lot Will Return This Summer

You can read the full story from Milwaukee Magazine here

In the bygone days of summer 2020, the East Side saw what was once a boring parking lot brought to life with 10 picnic tables painted by local artists. The lot, at 1915 E. North Ave. became an outdoor hangout for diners carrying out from area restaurants.  On a larger scale, it contributed to the city’s reevaluation of public space during the worst of the pandemic shutdown.

Why are we bringing this up again now? Because the project, called the East Side Art Lot, just won the “Best Downtown Revitalization Initiative, Wisconsin Main Street Award.”

The award recognizes projects across the state that “keep Wisconsin’s main streets vital.”

“We are thrilled to have this amazing project recognized at the state level,” said Liz Brodek, the executive director of the East Side Business Improvement District, in a press release.

The lot closed down in the fall, as the bitter cold set in, but now, on the tails of victory, the East Side Art Lot is on track to return this summer, and to expand.  New artists are being enlisted to contribute their work to the space, and the BID plans to incorporate a live music series, yoga classes and the return of the East Side Art Market. Local makers will be plying their wares in the lot on every second and fourth weekend from June through September.

“Given the lack of public space and seating within the district’s boundaries, we intend for the space to be one where people can spend their time passively, as they please,” said Larissa Gladding, the BID’s Special Projects Manager, in a press release. “We noticed, for a variety of reasons, that people need to be introduced to a place like the Art Lot – and what a great reason to use up even more of the space’s potential to the benefit of businesses, residents, artists, and visitors.”

The new art lot is on track to open to the public on June 11th.

“This is really a testament to the good things that happen when a community comes together,” said Brodek.